Down the Rabbit Hole and Back

I grew up in a small town. My parents once had 3 stores in downtown Pasco, Wash. In Eastern Washington. Shoe store on one corner, ladies across the street and men’s store. They worked very hard to give us 3 girls everything they didn’t have, including a college education. I was the youngest who watched and listened in the corner and stayed out of the way. I wanted to be the perfect child that did Everything right and stay out of trouble (or not get caught!). I remember feeling depressed and isolated at times but didn’t think much about it in my high school years. I went to college at the University of Puget Sound, majoring at what was called “Urban Studies” (basically Social Work).

Down the Rabbit Hole

The year was 1982. I was working in downtown Seattle and had received a promotion to Assistant Buyer for a large clothing corporation. The year before I had gone through a divorce (And a Jewish divorce as well). It was not much longer than 2 weeks into the job and I still remember the day I walked into the bathroom and said to myself, “this is it, and I’m done.” Little did I know that everything would collapse and take 2 solid years to recreate my life again. I went home and fell into a deep depression, not wanting to leave the house. I became so fearful; I could barely function or even walk outside to the mailbox.

Parents to the Rescue

My parents packed me up and brought me back to the Tri-Cities. If they hadn’t, I know I would have ended up on the street. The next 2 years was a series of trial medications, hospitalizations, an attempted suicide and finally coming out on the other side with working part-time and creating a new career in the travel industry. I remember a time when I tried to actually make myself disappear. I had a dream where I went up into space and could not/would not come down to earth. It scared me beyond belief. Being back in my parents home made me feel as if I was 16 all over again. So many days my father would leave work to come home to console me to no avail.

Life is Good and Then….

In 1984 I received a job offer of a cruise consultant, which involved a move to Portland. I spent 10 plus years in the industry, traveling, leading groups and marketing cruises. I also had bought a small condo. Being an independent, entrepreneurial spirit I had many wonderful adventures. From there I took a position in the hospitality world in sales and marketing as a Sales Manager for a small group of hotels. When that position ended, I met a man who had a restaurant marketing business. We formed a partnership that would last over 20 years. I had a fantastic opportunity to delve into my creative side, implement my ideas and travel to build new markets.

I met my 2nd husband in the year 2007. In that year I also spent a month in Buenos Aires, Argentina, exploring the life there and dancing tango, my passion. The following year in the month of May, Tim and I took a sailing vessel with a group to Tahiti. It was like a honeymoon trip, 10 days sailing and on the islands of Bora Bora and Moorea. Less than a month later, my life drastically changed once again..

Down the Rabbit Hole #2

The year was 2008. The economy had tanked. I had lost some clients but was still holding my own. I will never forget the day I received the call. “I can no longer pay you. I should have told you months ago. Those words sent shock waves through me. I was stunned, as I had managed to hold down my end of the bargain and had worked very hard to build up a business that I put my heart and soul into. Shortly after, the pacing and hand wringing began. 24 years had passed since the healing of the first episode. The illness came on very quickly as it had the first time. Tim and my sister took me to the hospital at the advice of a therapist I had seen once or twice. I remained there for 6 ½ weeks.

Again, I was so fortunate to have advocates such as my loving Mother, sister and Tim who I am forever grateful for. Tim spent every day with me. He had only known me for a year and 5 months. He tells me that I looked at him one day and said, “I don’t trust you.” Still, he never waivered. Many nights were spent eating ice cream and no conversation.

Through my delusions, non-communication and depression, my family came to see me every single day. Unfortunately, no amount of drugs, therapy or “plant classes” made (much of a difference. At that point, it was decided that I would be given ECT (electro convulsive therapy), as a last result. I was given a dozen treatments. Those treatments and the love and support I was given brought me back to life. Without that, the next step would have been the Or state hospital. Memory lapse from the ECT was a small price to pay.

I finally returned home. I remember the days of frustration, standing on my deck with Tim and asking the same questions over and over again. He would patiently answer with a sigh. There was a lot of relearning to do; including things like pin numbers, phone numbers, and all matter of issues most of us take for granted. I was very tired much of the time as I was still on many potent drugs. Slowly, with help and listening to my own body, I was able to wean myself off.

As I became stronger and able to reconnect with others again, I wanted to give back. With a referral from my psychiatrist, I walked into the Multnomah County National Association of Mental Illness. There I met the Executive Director who encouraged me to tell my story in a program called “In Our Own Voice.” I completed the training on a weekend and spoke at various colleges, businesses and community centers. It not only was encouraging to others to hear my story but also assisted me in regaining my strength and courage.

There is Always Hope

Two years ago I went back to school to become a Professional Life Coach. I am certified through the ICF (International Coaching Federation). It was a very challenging journey, which reestablished some of my heartfelt values and how I want to live my life, giving back to others. I know that many struggle with depression and “mental wellness.” It brings me great joy to know I can touch even one person at a time. There are experiences and memories I will never forget during my times down the rabbit hole. I am thankful to have those memories as I know how close I can be..even now.

I carry with me feelings in my body and soul that have faded yet will not go away, nor do I want them to. I am reminded each day of how lucky I am to have found the self-care tools that guide and soothe me.

I want to say, THERE IS ALWAYS HOPE… 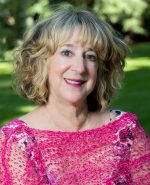 I support sales professionals in reaching their goals as well as offer tools for stress mangement and self care in today's stressful climate.
Read more about Suzie »