“He doesn’t work well with others.”

“He has issues dealing with bad news.”

“He is a star performer, but he is lacking executive presence.”

These are some of the typical “pain points” I have seen when organizations hire coaches for their mid-managers. Organizations often spend a lot of time, energy and money on the symptoms, throw expensive training with very little sustainable impact. My experience says these are mostly symptoms. A coach approach can help address those underlying issues.

Here is the story of a mid-level manager at a large tech organization. Let’s call him Peter. Peter’s issue was poor conflict management. He had a hard time letting go. Hearing the story from his HR leader Peter sounded like a typical “jerk”, I didn’t feel confident to coach him. And yet as a coach, I disciplined myself to choose curiosity and compassion when I met Peter as he was interviewing prospective coaches. To my surprise, not only I saw his pain of living reactively, I found him ready for a coaching approach.

Peter was very unhappy in the past 3-4 years. He received all the negative/constructive feedback from his management, but he didn’t know where to ask for help. The constant negative feedback became quiet demoralizing.

Peter and I agreed to start the coaching. After about 4/5 months of coaching, he started showing more positivity at his workplace and especially in difficult conversations. His manager and team recognized the change that resulted in a well-deserved promotion.

Here are some of the root causes we identified that drove Peter’s negative behavior.

Operating from a Reactive Place

If someone made an “unreasonable” ask of Peter’s team, he either sucked it up or fought tooth and nail. Through coaching, he learned that there was a third option. It led him to have a conversation with the requestor to understand the bigger context. It helped him co-create a more graceful solution to that original request.

When there was something at stake, Peter acted very negatively, driven by the anticipated extra workload, conflict and so on and so forth. During our work together, Peter developed his skill of getting in touch with his emotions. He is now more aware of his distressing emotions and is more capable of managing his internal reaction through techniques like simple breathing.

Lack of a Meaningful Goal/Vision for Himself

Throughout our course of coaching, Peter created his life vision, discovered his core values which helped him see things from a bigger perspective. He now sees his work and his time with this organization only as a part of a bigger whole. He designed some other activities outside of work that is meaningful for him.

He has become more conscious of his other “needs” that can’t be fulfilled by his work. That coveted promotion has become only one of many things he cares these days.

Peter is now much more fulfilled and happier overall. In his own words,

“The holistic approach of coaching, encompassing both professional and personal aspects have been an eye-opener for me, as I have found my inner self. This insight has translated directly towards my professional life and how I conduct myself at work. I have been more thoughtful in my approach while making sure I am doing the right thing for my organization.”

It is always very heartening to see how much progress a coaching client makes in such a short amount of time. As a ripple effect, his team, peers, and the bigger organization are benefitting from his new way of being. Peter’s example is only one of many ways a coaching approach can help the middle managers and their organization make sustainable progress. 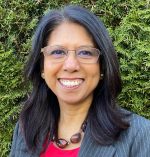 Sharmin specializes in coaching leaders and seasoned professionals develop their emotional intelligence (EQ) and leadership skills and helping them in career growth and transitions. She believes, the key to sustainable excellence is self-awareness and the ability to “search within ourselves” and align with our core values. Without this foundation, all other “how-to” training bears very little long-term value. Sharmin helps people tap into their intrinsic motivation, leading to the deeper levels of engagement essential for thriving in today’s world.
Read more about Sharmin »