What is a mindset and Why it matters.

Changing from a fixed mindset to a growth mindset can make you more successful in many different parts of your life. Why break the topic into multiple posts? The general consensus in learning research is that distributed practice (learning with breaks) is more effective than massed practice (having all the material thrown at you without a break)(1). So, a time lag between learning increases how long you retain what you’ve learned.

As defined by Stanford psychology professor Carol Dweck and her colleagues, a mindset is a fundamental assumption about whether a person’s characteristics are consistent over time or able to be changed (2). People who believe a certain characteristic such as intelligence, personality, or character is malleable and can change have a growth mindset, and people who believe the opposite - personal attributes don’t change - have a fixed mindset. Further, you don’t have just one mindset; you can have a different mindset for each personal attribute. So, for example, you may believe that people can work hard to improve their intelligence (growth mindset), but people are either moral or not and that can’t be changed (fixed mindset).

In addition, mindsets aren’t truly divisible into two dualistic categories of fixed and growth. In reality, people are complicated and their beliefs can’t be cleanly divided into categories. Most people believe some aspects of both, and one is just more dominant in certain situations and for certain attributes. The categorization of fixed and growth into two choices tends to make the concept easier to explain and think about. For example, one belief that is common for people with a fixed mindset about intelligence (i.e. who mostly believe that intelligence is unchangeable) is that smart people don’t have to work hard. To them, having to work hard to be successful indicates that you don’t have the natural ability. In contrast, people with a growth mindset tend to admire effort as a way to purposefully grow. However, you likely have examples of people you would guess have a fixed mindset but still expend a lot of effort to succeed. This is because their mindset is mostly fixed, but they don’t hold the specific fixed mindset belief that effort is a sign of low ability.

Why should I care?

Your mindset is fundamental to your experience of an event. Different mindsets change how people interpret the same event, which affects how they respond. Let’s say you and a coworker were both turned down for a promotion, but you have a growth mindset and your coworker has a fixed mindset. Your coworker reacts by ascribing this failure as personal flaw and concluding that “I am a failure. ”Your coworker may blame others for the failure (e.g. “the boss chose to promote her golfing buddy”) or cope by working less diligently in the future (“I’m always going to fail so why bother trying”).

In contrast, perhaps you’ve experienced the same failure, but you have a growth mindset. You aren’t exactly happy about being passed over for promotion. You really thought you deserved it. But instead of blaming other people or giving up, you set a meeting with your boss and ask what you can do to improve. You work even harder to increase your chances of getting the promotion next time. Although you certainly aren’t guaranteed to be the next person promoted, wouldn’t you be more likely to succeed than the fixed mindset person who just gives up?

If you have a fixed mindset and you’re reading this, you may be thinking that you now have one more problem that predisposes you to failure, but that’s not true! Most researchers have embraced a growth mindset about mindsets, meaning that although mindsets are relatively stable over time you can change them successfully with conscious effort. Several short training programs simply educating people on the malleability of traits have been found to successfully change people’s mindsets and their subsequent behavior.

At Tilt, we also use the term “mindsets,” but not in quite the same way as Carol Dweck and her colleagues. Both are mental states that influence how you interact with the world, and there is a lot of overlap, but they aren’t completely interchangeable. Tilt has 6 mindsets that vary from more rigid to more agile (protective-competitive-integrative-adaptive-agile-generative). The agile mindset an openness to learning, which overlaps with a growth mindset. There can be no openness to learning if a person does not believe learning is possible. However, there is a slight difference between the more rigid Tilt mindsets (protective/competitive) and the fixed mindset. Tilt’s rigid mindsets reflect the choice to act in a more defensive way. You can choose to act this way either because you believe that you cannot change (fixed mindset) OR because even though you believe you can change (growth mindset), you choose to remain rigid. Even if you have a growth mindset you can’t invest the time in learning EVERYTHING, so you choose to remain rigid in efforts you don’t want to prioritize. Here, I don’t want to go into too much detail on Tilt mindsets (there is more information in the foundations course), but I did want to make it clear that even though there is a lot of overlap the term “mindsets” in Tilt is not completely interchangeable with the definition proposed by Dweck and colleagues.

So, if we have different mindsets at Tilt, why did I write about Dweck and colleagues’ growth and fixed mindsets? Because having a growth mindset about character is a fundamental part of Tilt. Our process begins with taking the True Tilt Profile to learn about your natural preferences, but the purpose of this self-awareness is so that you have a starting point to strengthen your character. Other personality or strengths-based tools encourage people to lean into their strengths and avoid situations that will exacerbate their weaknesses. You get put in your box and encouraged to stay there. This process is clearly indicative of a fixed mindset about strengths. At Tilt we encourage you to consciously grow and become the best version of yourself. Character is malleable, so embrace the growth mindset to develop all of your character strengths so that you can excel in any situation, not only in situations that are already easy for you. 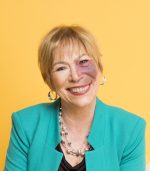