The Use of a Fable to Lay a Foundation for Agreements

In one way or another, a group of people tend to create agreements. We call them by various words such as rules, culture, “norms” and many others. The early establishment of agreements amongst members of a group can improve the integration of a newcomer and provide a framework to cultivate change.

The power of creating group learning agreements at the outset became evident to me as a student and a group coach. Agreements can circumvent the pattern of newcomers feeling lost and losing trust in the group. Or avoid the reactionary creation of rules to secure familiar behavior after a destructive conflict. Instead, there is a shift and change of agreements as newcomers are integrated into the group. They also create a framework for the natural process of disrupting limiting beliefs that occur in the learning environment and on teams.

Many people know that establishing agreements (or rules) in advance is useful. In my family, we have a saying that we first “agree on the rules before playing a game.” None-the-less, there tends to be resistance to the act of creating agreements. People want everyone to simply play nice together. Articulating agreements are important because not everyone has the same behaviors while “playing nice”. They may all be using the same words and still have different meanings.

When our agreements aren’t articulated, a newcomer often has to guess by watching the behaviors and being corrected in subtle or overt methods. This generally results in the newcomer choosing to either adapt, rebel or leave the group. It does not create a trusting partnership or allow the group to grow through the efforts of integrating a newcomer.

Often time, it takes a significant conflict or disruption to challenge deeply established agreements, allowing new ideas to be tested. It is through efforts of putting a group back together that the innovation and new behaviors become acceptable, either overtly or subtly. As a group coach, I wanted a way to evoke appreciation for establishing clear agreements and to avoid the pitfalls of doing them once and then putting them away.

There was a time when I was responsible to lead a group through the creation of agreements. Consistent with other times, this group acknowledge the value and demonstrated low investment in the activity. This time, I chose to first tell them a fable (below).

By telling a story, it removed me as the leader directing the group through an exercise. It activated their imagination. It evoked relatable feelings with the characters. It also resulted in giving the group their first common experience and common language. The telling of the fable excited the group to engage in establishing agreements.

The Woman Who Discovered She Spoke Another Language

When she became a woman she left her home and community to live in the city. When she arrived and started to meet others she was surprised and pleased that everyone spoke the same language. She would smile and say hello to her neighbors who would return in kind. She was pleased to find she could belong in the city.

It was when she joined her first group that she started to question herself. The group would announce it was “circle-time” to start the meeting. The woman was so pleased to hear that the city people also have “circle-time” and knew just what to do. She took her chair and turned it around so that her back was to the circle, as is appropriate. The group said nothing but went on as usual. After the meeting the woman figured that the group would start to include her in the conversation of “circle-time” after a few more meetings.

Soon after that strange meeting event, the woman took her new city friend home for a visit. It was an exciting and festive time back home. She tried to hide her embarrassment for her friend each time they would gather for “circle-time” and the city friend would sit facing into the center while sharing stories about the city.

As the two friends made their way back to the city they discussed the strange behavior. The city friend was very upset that the village people were rude and kept their backs to her during “circle-time”. At first they could not understand how the other sat so wrong during “circle-time”. Eventually, they realized that they were actually speaking different languages, even though using the same words. How each of their families and communities used the words were actually agreements on what they meant. With this understanding the friends discovered that they had many new things to learn from each other and where they both grew up.

The village woman came to appreciate that her new home was also loving and generous. She discovered that the meaning of words are agreed upon, not necessarily a given. She learned that by discussing her different ways of using shared words the familiar village way would give greater nuance to the meaning of the city way.

In the core competencies of the International Coaching Federation (ICF), creating agreements is an intentional and overt action. It is part of the foundation of creating partnership. In a group setting, clear and descriptive agreements help lay a foundation of trust and mutuality. By reviewing agreements regularly, it opens the group to consider new possibilities thanks to the welcomed experiences of newcomers and new ideas from members of the group. 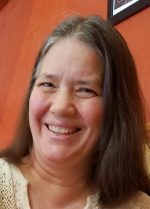 As a coach, I partner with people to bring forward their best selves, to help mine the gems that can be found within each person. None of us can do it alone. We all need another to accompany us on our grand journey towards our ultimate purpose.
Read more about Karen »