Be the Leader You Never Had

Most of us have worked with managers and bosses that we didn't like and can easily identify the qualities of a boss that we don't want to emulate. What happens when we only think of the bad qualities while developing our leadership skills? Focus on the qualities you want to cultivate to become the leader you never had.

Get 4 tips to be the leader you never had with this blog from Relationship Officer, Sarah Graves, PCC.

Have you had a boss that wasn’t likable? Have you wondered how they were chosen to lead? We are plagued with a business culture that tolerates bad management (SHRM’s survey of over 300 HR directors reported 84% of the organizations had bad managers on staff). We are in the business of coaching leaders to live into their full potential and create a positive influence that empowers their team. Today’s blog is about one of our youngest clients and how she is in process of becoming…. the leader she never had.

This quote is where this story starts.

I had a very young millennial leader who called me last October, and she was frustrated, anxious, waking up in the middle of the night, and unhappy with her leadership skills and performance. She said, “I want to hire you, I want to learn leadership skills. But I can't do it till next year, because I'm too stressed out and the organization is too busy in Q4.” Promptly on January 4th, she called and we began a Generative Coaching engagement for Individuals.

She jumped into it with full engagement. She used her sessions like mini-workshops, bringing her friction points from her workplace, personality conflicts, and stresses from each day or each event. She went out each week and practiced the tools and insights she committed to and was having remarkable results. Two months in, as we were sitting in session, she had an 'A ha' moment where she said, slowly and deliberately: “I'm becoming….the leader…I….. never……….. had.” The dots are to show you how this truth revealed itself to her and she realized how this was truly fresh for her.

How did her authentic leadership emerge in this less-than-90-day time frame? Let's look at her choices:

She stopped over-directing and telling people what to do. Instead of constantly correcting or micromanaging, she got curious with her team. One example was an interaction with her lead associate: “We agreed upon a process in the last team meeting. I’m noticing that you’re doing it differently than we agreed upon. I'm curious what's in the way for you?” And followed it up with “How can we work on this together?” As she brought her curiosity, the team started to shift. They started bringing challenges forward for discussion and communication. Before they had waited for her to bring it up and braced for correction. Her anxiety lowered as she combined her Sama Vritti breathing with her curiosity. Being present for herself and others was more calming than she had forecasted in her mind.

The next thing that she did was she called out and appreciated incremental changes. Many times managers are looking for a big change or fantastic achievement. Another derailer is focusing on things that still aren't right. She realized she was constantly focused on the next 10% without adequate lingering on the small, yet significant, wins. She could also find her conversation dominated by what wasn't going right. Her team expected her delivery to be negative and it impacted them to actively resist some of the policies, to exert their agency. With her insight to appreciate more, she began to catch them in the act of doing things well. Sometimes their doing was different than hers, yet the activity was still getting done. Her lens of seeing her team members widened to take in incremental changes. And guess what? The team improved their performance knowing she was noticing and naming what was working. Our teams are waiting for their managers to get better and more skilled at leading. Her team responded swiftly—they were waiting for appreciation and recognition and she delivered.

The third step was to shift her mindset. Her default mindset had been the employees need correction, and fixing and they need to do it right. Where she chose to move was the cornerstone of a coaching mindset: "As a leader, I will perceive and accept myself and others as whole, resourceful, capable and resourceful." She started seeing their potential and caring about giving them opportunities to grow. She did have to practice not wincing at the notion of mistakes. A quote from Gloria Steinem “Perfectionism is internalized oppression” supported growing her empathy and openness. What do you suppose happened with the team? "The quality of conversations changed and people weren’t as defensive. The assistant management is a cross-functional team. Their interactions improved and they even brought the organization’s mission statement into the team meeting to give content to improving service by all players. The rest of the team started showing up with solutions, ideas, and creativity, instead of defending, blaming, and lack of accountability. They shifted, too, and have been showing up more fully, making meetings and work lively with less drama and politics. While there is still work to be done, this is a significant new beginning for healthy teaming.

Leaned out the meeting agenda:

Speaking of meetings, we looked at her agendas for team meetings and her one on ones with key managers. Currently, her meeting agendas were super comprehensive, making them another form of micromanagement for the team and exhausting for her. Engagement was absent during the meetings and no clarifying questions were asked. Her team meetings had very little response during the meeting and no questions at the end. The silence was resounding.

She rolled up her sleeves and answered my query, “When you were at their level-what constituted a good or great meeting for you? Imagine it, even if you didn’t experience one. What are the key takeaways that you want the team to have?” (Note: These questions were not bundled, rather asked separately). She chose three key topics for the main agenda, followed by plenty of open space for topics the team wanted to cover and any questions for the leaders. The very tasks or tactics, she had wanted to include, came up organically from team members. There were questions and discussions among the team on how they could better address the shortcomings with reinforcement or reminder of the current process, new solutions, or forming a committee to design a new plan and bring it back to the team for review. Her fear of missing something transformed into more team trust and they showed up in the space in ways she hadn’t even anticipated from her previously closed mindset.

The team has been forming new behaviors of collaborating, cooperating, innovating, and bringing their problem-solving ideas to the table in a way that had them experience teamwork in a whole new way. They responded positively to this client/leader’s new, generative behaviors.

What are leaders seeking and wanting from themselves and their teams? What has to change to make their vision possible?

The first-century Jewish scholar, Hillel, asked: “If not now, when? If not you, who?”

Be the leader, you never had.

Want to become the leader you never had? Watch this quick video, then schedule a free consultation with us to craft the perfect solution for your enterprise. 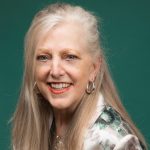 Sarah passionately and practically pursues the development of leaders through intentional, organic growth. She emboldens leaders to create an environment where management is expansive, willing to move with agility beyond comfort zones, and to champion the individual and collective genius within the organization. With teams in transition she inspires connection, realignment and forward progress within the awkward movements of the changing landscape. Her belief is that coaching is as essential an element for an organization as the product or service the company produces. “An employee who grows personally, grows professionally” and coaching seeds growth.
Read more about Sarah »